Before Memorial Day week is history, I thought I’d offer a few thoughts about remembering those who have fought and died for a cause.

Memorial Day in the U.S. is a day in which to remember those who have fought and died in military conflicts on behalf of the United States.  Like most of our holidays, the original meaning behind the day tends to become lost in the commercial aspects of the celebration.  But upon reflection, many experience- even if only briefly- a somber recognition of the debt that we owe to those who have perished defending our nation and fighting injustice.  Our military dead have not always been fighting for such altruistic reasons, but motivation is perhaps a reflection for another day.  On this occasion, we honor those who have sacrificed their lives believing the forfeit was as important as the cause.

I like the idea of remembering and honoring those who have sacrificed.  Not only is it owed behavior, but it also possesses a cathartic quality, as though we have somehow paid off a bit of an ongoing obligation.  It feels right and good to acknowledge the debt, particularly so when I was neither called nor conscripted to make such a commitment.

As I reflected about this on the holiday, I began to contemplate other groups of people who perished in the line of “duty.”  For surely, every nation has its own version of Memorial Day, a time set aside to recall those patriots who fought for the ideals of their homelands, whatever those ideals may have been, within whatever historical context existed at the time.  Loss of fearless young men and women is a universal experience, wherever one calls home.

In every case of military conflict, both sides of the battle honor the selfless martyrs who were willing to give everything for their cause.  It is the human condition.  We are compelled to remember  because such acts represent the final measure of what a man or woman can give.  It is a state of being that we honor, glorify and celebrate.  And as I reflect upon the reverence we express on our Memorial Day gatherings, I wonder about those who have died “on the other side,” the families left behind, the dreams unrealized and the opportunities lost forever.

For, when it comes to grief, war favors no one.  Though one side of a conflict may emerge from battle having outlasted the other, both sides end up grieving for their losses.  One nation’s sorrow is not less than another’s.  The pain of loss is no less for one family than another.  Indeed, the loss of human potential is an affliction suffered by all of mankind, pieces of the grand puzzle that are gone forever.

From that perspective, I contemplated Memorial Day 2015 in a broader view.  It had less to do with remembering the issues that occasioned fighting, or which side might have fought a more justified war; every nation has been on both sides of that equation.  (Even the U.S. has history of now-indefensible initiatives, such as against Native Americans, African slaves and incursions into places like Viet Nam and Nicaragua.  And around the U.S., memorials are held for both Union and Confederate soldiers from its own Civil War.)  My thoughts this week had more to do with trying to comprehend the nearly-unfathomable costs that humankind has paid for its military ventures, whatever the motivations.

I am not naive nor even a pacifist; my intention here is not to suggest those circumstances which might define “a good war” nor to lessen the importance of the sacrifices that men and women have made in the name of justice.  But for this year, at least, my understanding of just who deserves remembering has expanded significantly, and it extends beyond the colors of any one flag and the borders of any one state or nation…. 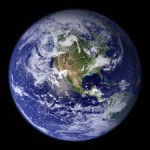