Last Wednesday, March 13, the Civic Alliance announced that they would rejoin the talks with the Nicaraguan government, after the government had announced that on Friday it would release a “significant nucleus” of the some 650 people detained during the crisis. The Civic Alliance also called for a march for the release of all political prisoners for this Saturday, March 15th. This same week the European Parlament approved a resolution calling for sanctions against the Nicaraguan government in spite of the news of the renewed talks, because they claimed the release of prisoners and the right to peaceful protest should not be subject to negotiation.

In response to the Civic Alliance´s announcement of a march, the National Police issued the following press release: 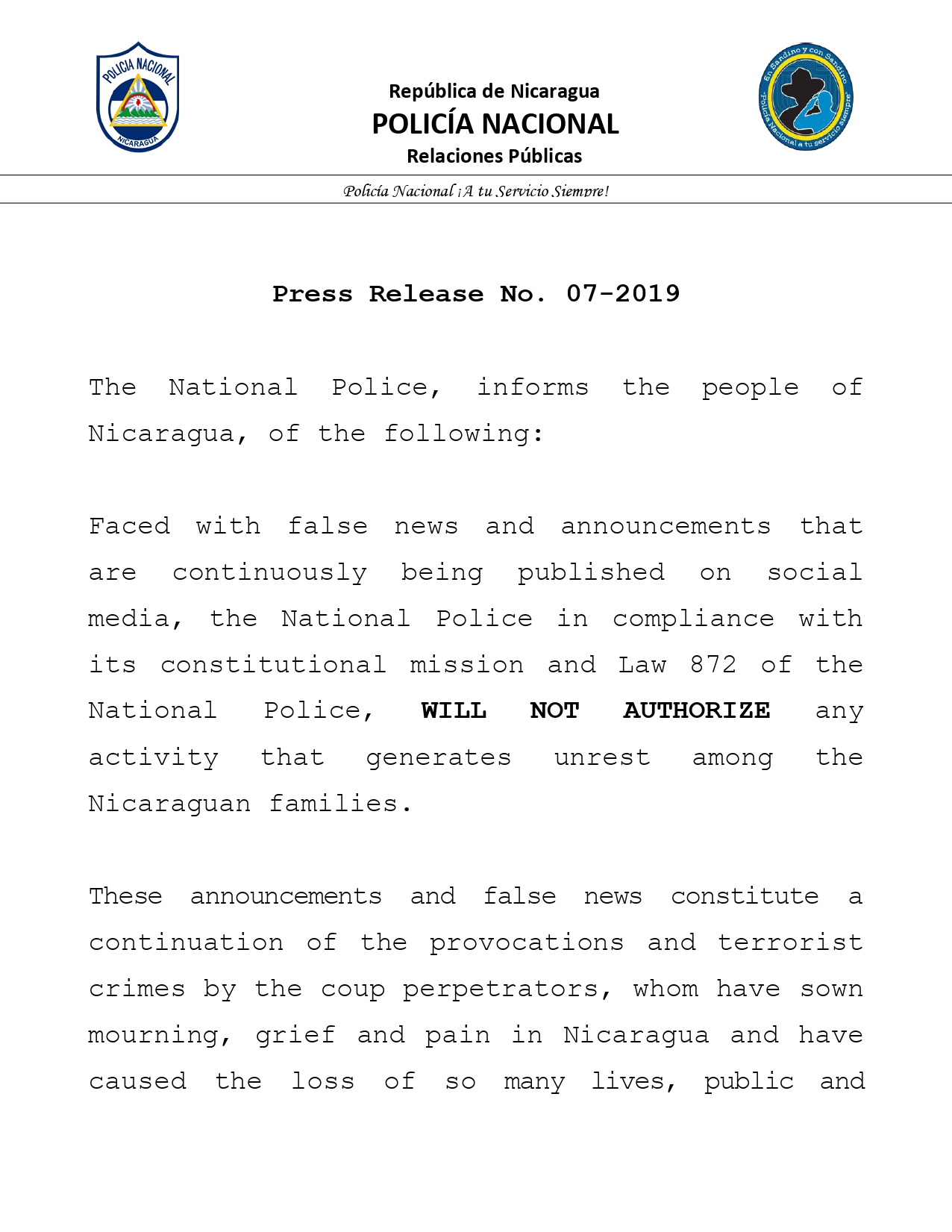 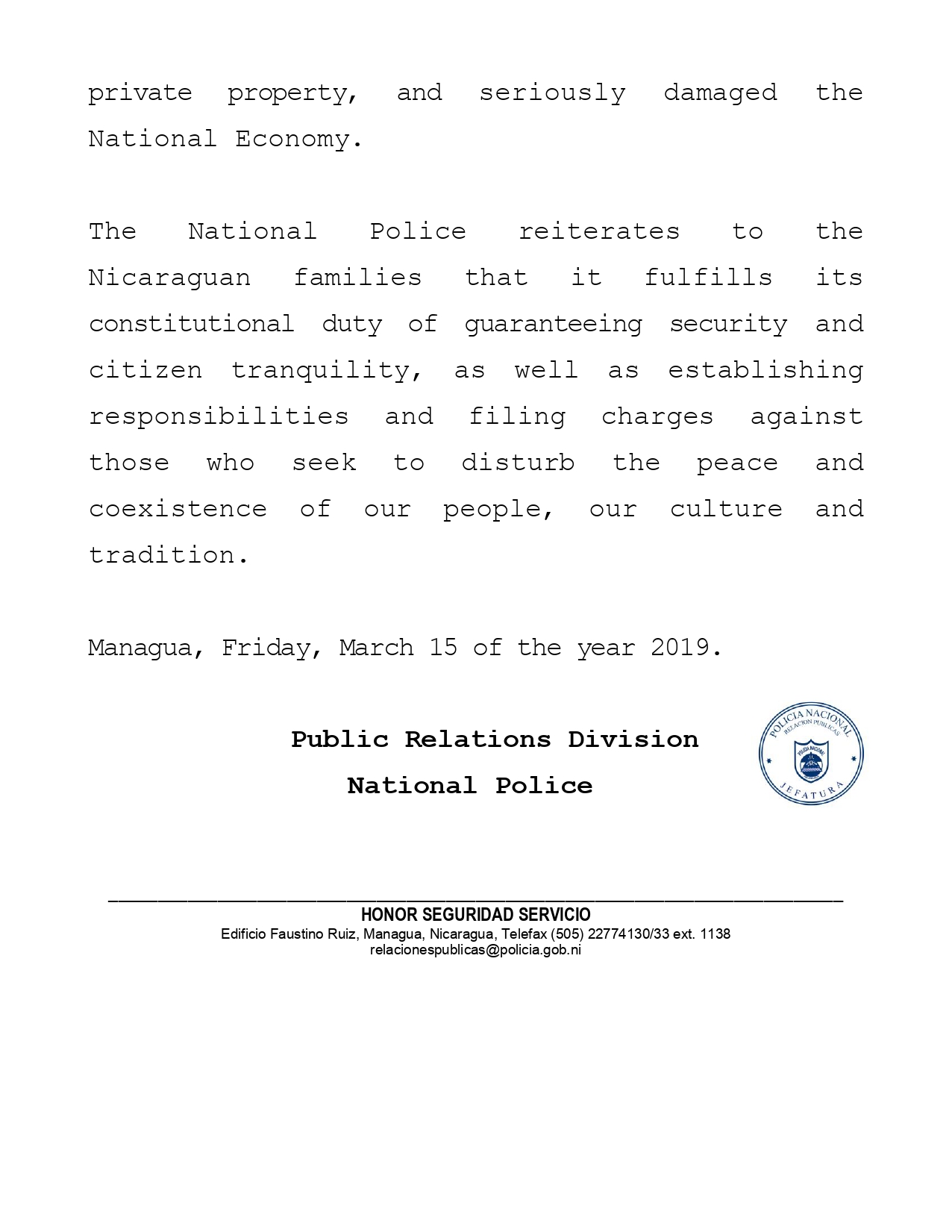