April 18, 2020 is the two year anniversary of the uprising in Nicaragua, initially provoked by changes in the social security law. When elderly and student supporters demonstrated against those changes in the streets, they were brutally beaten by people clearly identified as 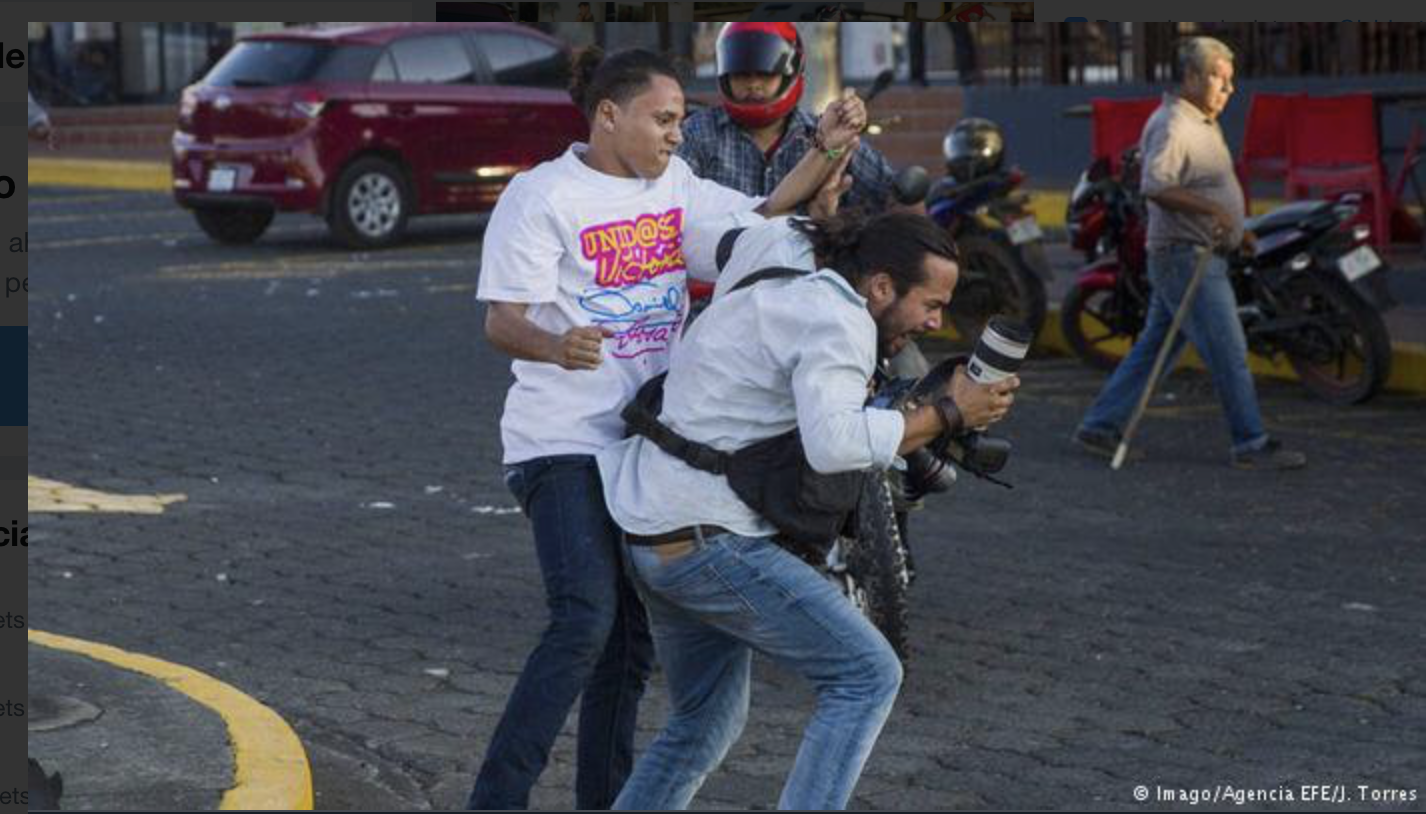 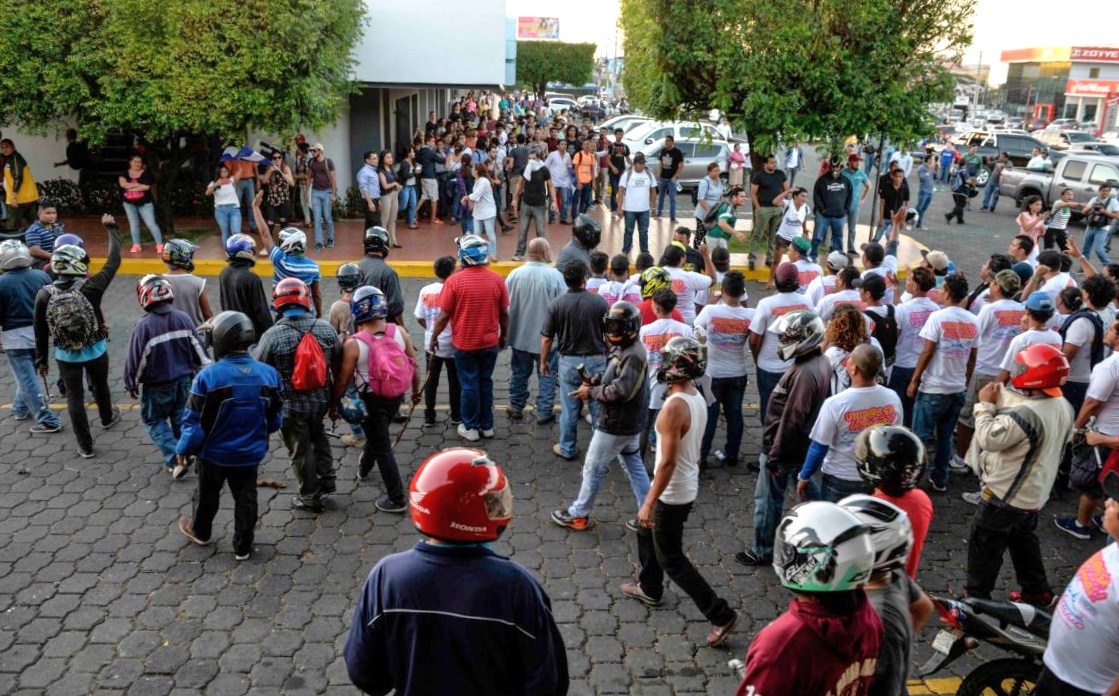 This resulted in an explosion of protests, including many life long Sandinistas appalled at the brutal response of the government, which were covered on live television.  This piece talks about the principal lawyers over these two years who have defended  those arrested for their dissent.

SPECIAL – The lawyers of the political prisoners: two years demanding justice and freedom

Lawyers, human rights defenders, since April 2018 took on an important role in the defense of political prisoners.

Since the dictatorship of Daniel Ortega and Rosario Murillo criminalized civic protest in Nicaragua in 2018, the lawyers Julio Montenegro, of the Defenders of the People Organization, Yonarqui Martínez, and the technical team of the Permanent Commission of Human Rights (CPDH) assumed an important role in the defense of political prisoners who  surfaced after the convulsion of April.

Two years later, Julio Montenegro still remembers his first hearing in the Courts of Managua, in the month of May where he decided to assume the legal representation of figures who now are emblematic of the civic struggle, like Medardo Mairena, of the Peasant Movement; Edwin Carcache, Cristian Fajardo and the journalists Miguel Mora and Lucia Pineda, all prisoners freed through an Amnesty Law approved by the regime of Nicaragua.

“There were no less than three occasions when I practically started crying on camera while being interviewed by the communications media,” remembers Montenegro, while his mind reconstructed the stories of torture denounced at that time by prisoners of conscience.

The “people´s lawyer” narrated that the only time he felt close to death was precisely July 10, 2018 in the San Sebastian Basilica in Diriamba. “We were trapped by armed civilians, who broke through doors, attacked the journalist Jackson Orozco, beat Bishop Silvio José Báez”, added the criminal lawyer in an interview with Artículo 66.

From 2018 to now Dr. Julio Montenegro has taken on the defense of approximately 150 political prisoners, of whom 90 were benefitted by the Amnesty Law. “Right now, currently- in other words processes where I have daily hearings – we are talking about 16 live cases.”

On her part the lawyer Yonarqui Martínez, also influential in the defense of dissidents, says that on a personal level she has taken on the legal representation of 200 political prisoners since the crisis began. Currently she is defending 22 prisoners of conscience, of them at least 70 who still remained abducted in different penitentiaries of the country.

Martínez says that she was the person who took the first cases of political prisoners in Nicaragua, beginning with the events that happened in April 2018. “My first case I took on after April 23rd, which was the case of the young boys of the P del H Pali [supermarket]. Their mothers were crying because they did not have money for the defense of their boys, and in that time the regime turned against them,” she pointed out.

Because of her role as a human rights defender, the Martínez has been the object of persecution, threats, police harassment of her home, and on several occasions has been stopped by traffic police, to the point of stopping her vehicle and imposing unjustified fines.

The CPDH (Permanent Commission of Human Rights), from May 2018 to now, treated a total of 220 cases of political prisoners on the national level, according to data provided by Eber Hosbaldo Acevedo Villachica, legal advisor of that organization. “Of those 220 people, 96% were men and 4% were women. The provinces most affected were Managua, Carazo and Masaya,” he added.

The legal advisor explained that of the total number of cases treated by the organization, currently only 11 remain locked up in jails “of whom three of them already have been ordered freed because of a not guilty verdict.”

Lawyer María Oviedo, from the technical team of CPDH, explained that on an individual level she has taken on the cases of 13 political prisoners, which have cost her reprisals, jailing, suspension of her lawyer´s license, and repression on the part of the dictatorship of the Ortega-Murillos.

Oviedo relates that the number of cases that were under her responsibility, two of them marked her stage as a human rights defender. “It is the case of Jaime Navarrete and José Santos Sánchez, who have been brutally tortured, and the conditions in which they find themselves currently in the jail of La Modelo are inhumane conditions,” she laments.

The defender María Oviedo took on the defense of the ex-prisoner Cristian Fajardo, an opposition leader from Masaya. In July 2019 Oviedo was jailed while she was accompanying Fajardo in the police station in the city of flowers [Masaya]. After the arrest and beating, the dictatorship staged a trial and sentenced her to 30 days in jail, even though she was able to serve her sentence in her home.

Parallel to this, in an arbitrary process, the party machinery of the Sandinista Front of National Liberation, which continues their cooptation of the judicial system, stripped her of her license to exercise the legal profession. Even so, Oviedo continues the defense of the human rights of political prisoners.