While Nicaragua is the Central American country with the largest number of cooperatives (5,000+), we have discovered that often those cooperatives were not founded by the initiative of their members, but by an external actor- frequently the State or foreign aid agencies– as a way to channel support to the peasantry. As a result of these origins, most of the members´ commitment to the cooperative is linked to its ability to offer them “projects”, i.e. externally funded benefits.

Furthermore the great majority of them essentially function using management styles more appropriate to single-owner businesses. This type of governance structure does facilitate communication with these external agents. But is not effective in protecting assets held in common, nor does it tap into the rich human resources that the many worker/owners represent. So even though cooperatives have the potential advantage of having dozens of owners all with diverse experiences, connections and talents at their disposal, they typically only rely on the knowledge and abilities of one or two people.

For most of the rural population their unconscious mental model for leadership comes from generations working on the hacienda, where a single owner ensures control over his/her assets through the use of a limited number of foremen. These foremen do have intimate knowledge of all stages of the production process, and thus ensure the process works to protect and enhance the interests of the owner. But in this system the only information the workers need to know is about their specific task. In fact, knowledge of the larger processes by the workers is seen as a negative, a distraction to the “real” work of the field-hands.

However, when this leadership style is used in the structure of a cooperative, it is at best a gross underutilization of the wealth of talent, experience and potential of its multiple members, and not infrequently results in crises linked to corruption. This is because the sole-leader system is not effective in safeguarding the assets when the wealth belongs not to one leader, but to the group.

SWIMMING AGAINST THE CURRENT:

Instead, a structure is needed that provides group control over group wealth, i.e. effective cooperative governance bodies: administrative council, oversight board, credit committee, education committee. In a context where the owners are many and they are also the workers, such a management structure also is capable of unleashing the potential of the many owners to improve their business. But to release that potential, they all need to be informed, not just about their specific task as a worker, but also the processes of their business as the owners that they are, so they can continually improve on those processes.

This is the type of ongoing reflection on the cooperative model that Rene Mendoza, as head of our cooperative initiative, has been facilitating with cooperatives since doing the study mentioned above.

WPF´s history is intimately linked to a transition to a 100% employee owned business. Most of WPF funding came when Harold and Louise Nielsen sold their factory (Foldcraft) to their workers under an Employee Stock Ownership Plan (ESOP). At that point, it went from having one owner, to having 300+ worker/owners. The first CEO of that 100% ESOP company, Steve Sheppard, realized early on that the traditional single leader structure was not appropriate for a worker-owned business. So he began to seek out methodologies that would empower the Foldcraft worker/owners, and train all of them in the tools needed to enable their effective participation, so that they collectively could manage and continuously improve their business.

On retiring from his post at Foldcraft, Steve became the CEO of WPF.

So in the last several years in Nicaragua, while continuing to nourish ongoing reflection on the cooperative experience among its members, we have also attempted to introduce to the cooperative movement in Nicaragua some of these management tools Foldcraft found useful . 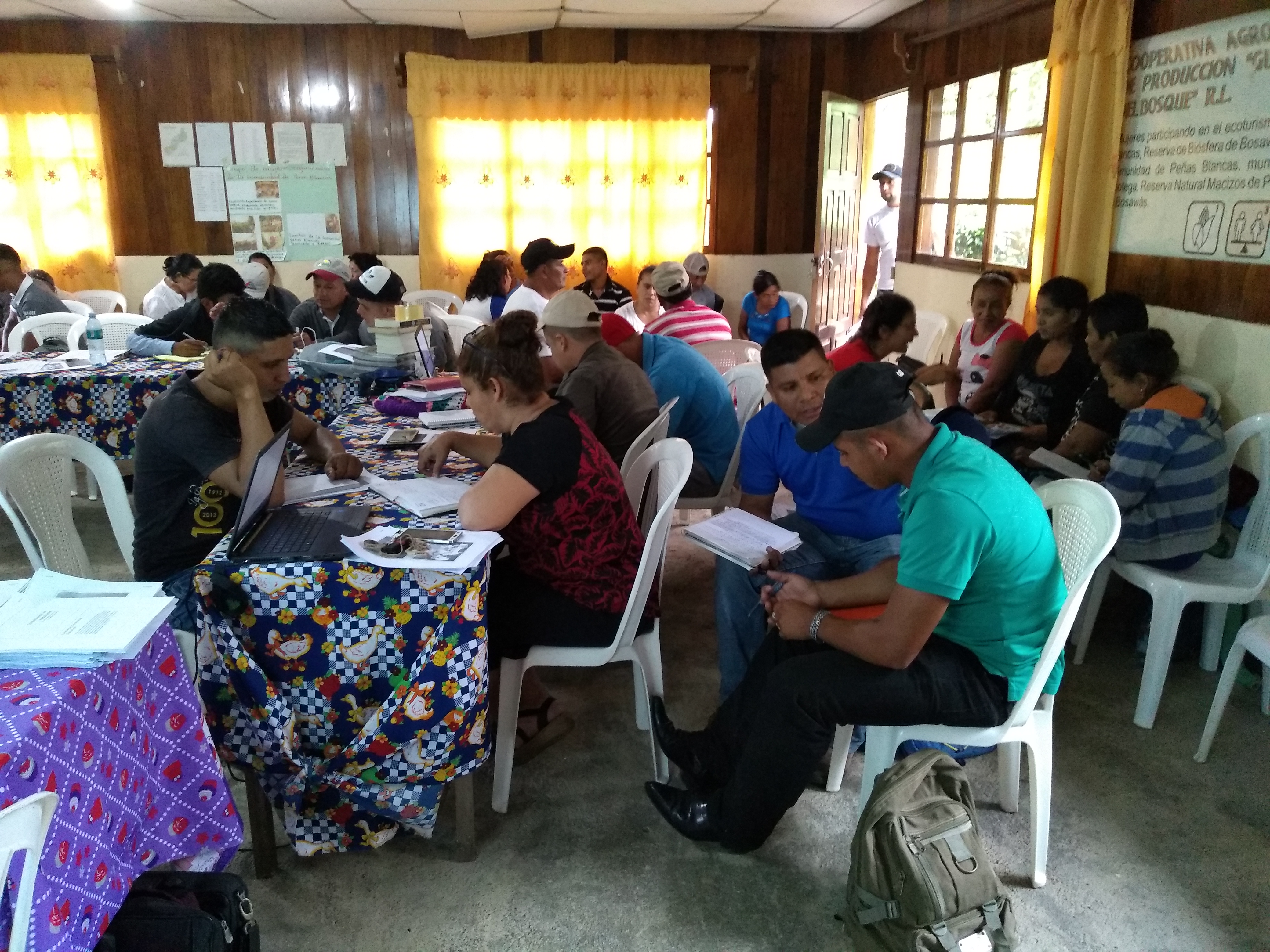 René Mendoza has been the director of the orchestra in this effort. He and his team at COSERPROSS accompany the cooperatives in their ongoing reflection on their situation and problems throughout the year. In addition once a year, in an alliance with the Center for Global Education and Experience at Augsburg University, and The Institute of Development Policy at Antwerp University, he leads a weeklong Certificate Program on Cooperativism for WPF. Some 50 or so cooperative leaders spend a week together reflecting on their reality, sharing experiences, and learning some tools that empower worker/owners, specifically Open Book Management and LEAN. Steve Sheppard has frequently led the training effort himself, and also brought in experienced specialists in the use of  these instruments. 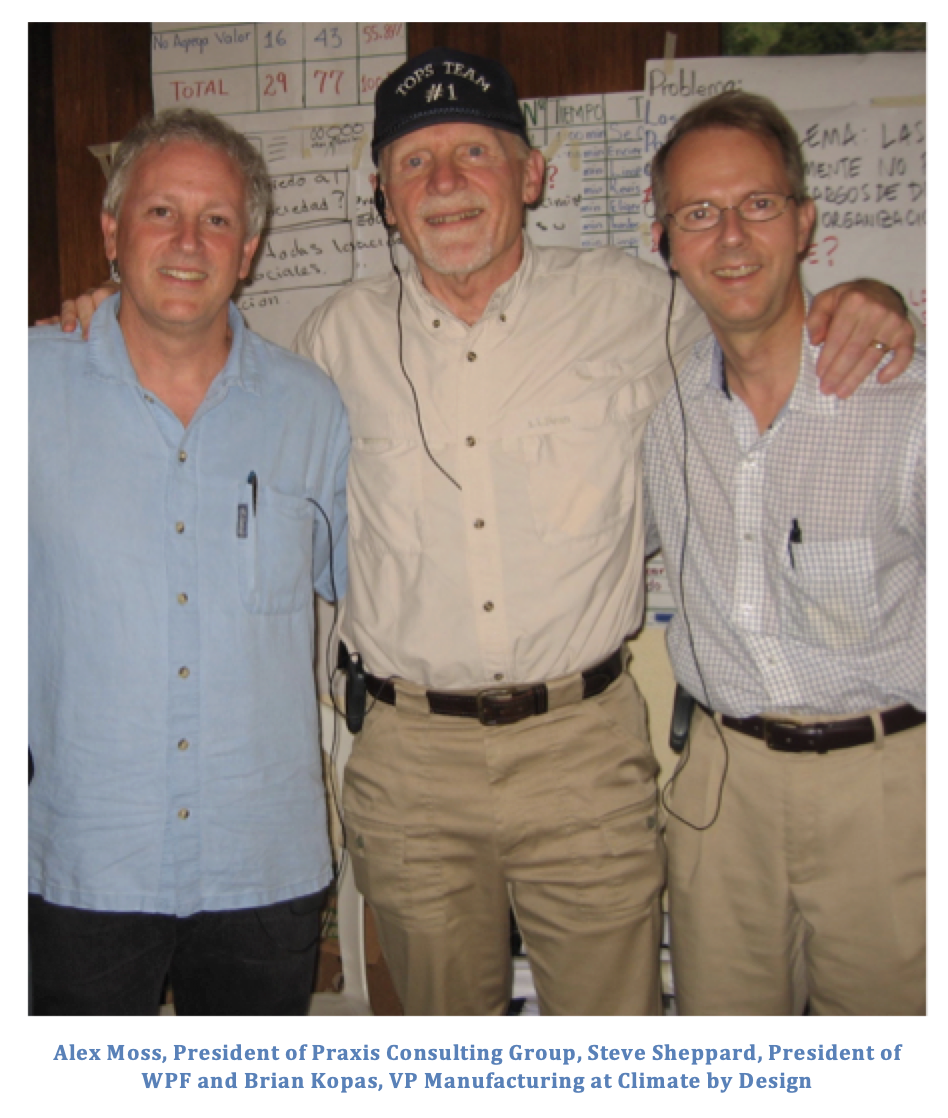 Open Book Management (OBM) and LEAN help these governance bodies to be more effective. Instead of one person knowing “the business”, reflecting on the results and looking for improvements, all the members learn the business, reflect on its performance, and seek improvements.

But to get to that point in this context requires first breaking with a mentality reinforced over centuries: that only a few have a right to know, and the rest do not have “ideas”, much less ideas worth sharing. It is a quantum leap when the members of cooperatives awaken to the importance and value of their ideas, and then change begins to happen.

This past June 9-15 WPF held the 4th edition of the Certificate Program with a mix of people, some new to the ideas of OBM and LEAN, and others who had participated in previous programs who were able to share their experiences using these tools in their organizations. Others shared their experiences taking specific steps to assert their ownership over the process of their cooperative, the fruit of their ongoing reflections. These steps are difficult and frequently involve conflict, as they collide with how “things have always been done” up to now. But they are beginning to open up previously untapped potential.

Going from a field-hand mentality that relates to the cooperative as an NGO, to becoming an empowered member of a joint enterprise that values the wisdom and experience of each member, is not the kind of change that happens overnight. It is good for organizations who have chosen  this path to remind themselves that they are facing a strong counter current, and that without continual effort and reflection, they can easily be swept off the course they have set for themselves. Progress is only possible by taking daily steps toward change. But the reward is that each consciously taken step that builds on the previous one, makes the next step easier, and generates the kind of momentum needed to successfully fight the “current” and open up new horizons for their family, cooperative and community.