I had the opportunity to see a film the other night entitled, “Which Way Home.”   The movie is a 2009 feature documentary film that follows unaccompanied child migrants, on their journey through Mexico, as they try to reach the United States. It follows children like Olga and Freddy, nine-year old Hondurans, who are desperately trying to reach their parents in the US.; children like Jose, a ten-year old El Salvadoran, who has been abandoned by smugglers and

ends up alone in a Mexican detention center; and Kevin, a canny, streetwise fourteen-year old Honduran, whose mother hopes that he will reach the U.S. and send money back to her. They are stories of hope and courage, disappointment and sorrow. They are the children you never hear about; the invisible ones, and it is a sobering experience to see it.

Amidst all the debates about immigration reform, the behaviors of Immigration Control Enforcement (ICE) and statistics which only serve to distance us from the plight of real people, the film personalizes the issue.  Within its 90 minutes, the film allows us enough time to develop a connection with some of these very young children, to care about what happens to them.  At one point during the film, the filmmakers arrange to meet their train-hopping subjects in the next Mexican city up the line, but the boys never show up there and we can feel a palpable fear for what might have happened to them.   They have put real faces and personalities to the nameless numbers we normally hear about in such discussions, and suddenly the topic becomes much more difficult to deal with.  Being a parent and reacting to the story in the way  which I did, I can only begin to imagine the feelings experienced by the parents of these children.  Excruciating.

It’s interesting for me to note that immigration control attempts to deal with these travelers at the conclusion of their their journeys, when they’re at or over the borders.  It’s a necessary tool in dealing with illegal  immigration, but it seems to me that we place a great deal more attention there than at the front-end of the problem, the context in which these young lives find themselves and the despair which leads them to accept the life-and-death challenge of illegal entry.  The truth is that most of the young travelers would far rather remain in their home countries than to take the risk of illegally and dangerously going elsewhere.

They choose to take the risks, to leave their families and the familiarity of home, out of abject despair.  They feel and see hunger all around them, they recognize the growing despondency in the faces of their family members, they know how the rest of the world lives in comparison and finally they have absolutely nothing to lose.  Uncertain death on a freight train becomes less scary than certain destitution at home.  That’s a frightening prospect, but one which can and does drive children from their parents, parents from their homes, Nicaraguans from their country, and North Americans to an angry response.

The answers might lie far less in building walls than in helping to build opportunities.  Perhaps success is to be found less in meting out visas and more in making greater assistance available for in-country developments.  There must be a likelihood that instead of ignoring the conditions which entice a nine-year old child to strike out alone, we might fare better by creating, say, a loan opportunity that has the potential for stability and sustainability at home.  It’s a matter of cause-and-effect: if I have become overweight, it does me no good to curse my pounds.  Instead, I need to address the eating and sedentary habits that likely have created the unwanted result.  Likewise, the reduction of illegal immigration is likely to be found in the causes rather than the end results.

Seeing a movie like “Which Way Home” begs the question of what to do about it.  The answer may lie in redirecting our help to organizations which aim at the causes and not the end results.  Some organizations are great at placing money but not following through to ensure results.  Those efforts are often futile.  Others are more committed to accountability and measuring progress; those are the ones that have the best chance of impacting the  number of kids jumping trains.

Winds of Peace has never cited immigration as one of its target issues.  Nonetheless, we’re aimed at the causes that often lead to it: lack of opportunity, no work, minimal capital for development, limited experience in institutional strengthening, zero hope for the future.  By helping to provide the resources for Nicaraguans to create a future through their own economic enterprises, we hope to be helping them to re-think the need to leave home and thus to never wonder which way back home…. 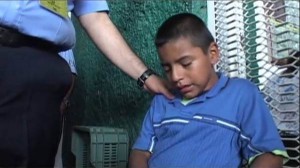